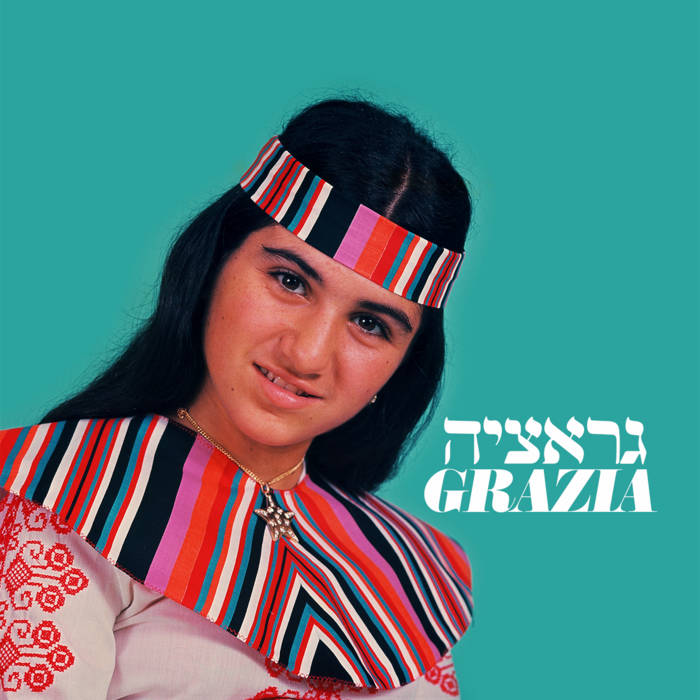 Yokrimi quit sought after Lp in the rare groove world...and the story behind it is really good... not the mention the great cover of Jesus Christ Superstar Favorite track: Soyle Beni.

The crown jewel of Koliphone Records, Grazia's debut album is by far one of the most intriguing pieces of music to ever be recorded in Israel Jaffa in the late sixties and early seventies had an exciting and exotic sound to offer, where folk musicians performed live at its taverns seven nights a week. It was far from the mainstream hit-parade of swinging Tel-Aviv but close enough geographically to attract listeners from across the Tel-Aviv-Jaffa metropolis. The scene got bigger and wilder as it embraced the Middle Eastern celebration style known as "Hafla", involving heavy drinking, local food and music of course Standing at the center of old Jaffa and it's vibrant music scene was the record store and label, Koliphone Records. Owned by the Azoulay brothers, Koliphone tirelessly recorded these artists and sold their records to the growing masses. At first they released mostly Greek and Turkish music, shortly followed by Yemenite, Moroccan and Hebrew records, showcasing the cultural melting pot
of this ancient port town The biggest and most influential artist of the time was Aris San. A singer and guitar virtuoso, San created the Israeli-Greek style and introduced the drums-bass-guitar rock combo to folk audiences. His fans thought they were listening to traditional bouzouki melodies, but in fact, San's music was a lot heavier, strongly influenced by American surf, verging on the psychedelic San’s huge popularity attracted many other artists to record the new style he had pioneered. Artists such as Trifonas, Levitros, Nino Nikolaidis and many more began to appear on Jaffa’s record stands. Among them was a young girl who sang in Turkish. Her name was Grazia Peretz Grazia was a wonder kid in the early seventies. She started singing at the age of nine, performing at Turkish weddings and Mediterranean nightclubs, sharing a stage with local legends such as Aris San and Trifonas. Soon enough, she became an in-demand act for events up and down the country, eventually landing herself a weekly TV spot on the Channel 1 music segment For her 16th birthday, her father sent her to record a full length "Hafla" style album at the Koliphone studios. Marko Bachar, who was the label’s in-house producer, arranger and keyboard player, was in charge of the project. Bachar had just sold his organ and bought a monophonic Moog synthesizer. The heavy and unique sound of his synth is heard well throughout the album, encouraged by Grazia herself, who wanted to break free from the conformities of Greek and Turkish folk music and introduce the early sounds of disco she and her peers were getting into When the album finally hit the shops it sold… nothing. Hard funk drums, pounding bass coupled with synth blips and psychedelic Turkish guitars - well… it was all a bit too much for the unsuspecting folk audience. Grazia never made another album for Koliphone. At the age of 18, disheartened by the music industry and the undue touring environment she had to endure at such an early age, she stopped singing and never returned to the studio or the stage All she left us was this amazing gem, which became one of the most sought-after Israeli records of all times

Fortuna Records is a reissue label and a DJ crew from Tel-Aviv, championing the obscure forgotten sounds of the Middle East with a string of top quality vinyl reissues accompanied by notoriously wild parties.

Bandcamp Daily  your guide to the world of Bandcamp

Featuring appearances from Kari Faux, Bluestaeb and and interview with NY-bred artist Wiki